After the death of her mother and having no other known relatives, Evie takes a DNA test…and discovers a long-lost cousin she never knew she had. Invited by her newfound family to a lavish wedding in the English countryside, she’s at first seduced by the sexy aristocrat host but is soon thrust into a nightmare of survival as she uncovers twisted secrets in her family’s history and the unsettling intentions behind their sinful generosity.

Honk for Jesus. Save Your Soul.

Honk for Jesus. Save Your Soul. is a satirical comedy starring Regina Hall as Trinitie Childs - the proud first lady of a Southern Baptist megachurch, who together with her husband Pastor Lee-Curtis Childs, once served a congregation in the tens of thousands. But after a scandal forces their church to temporarily close, Trinitie and Lee-Curtis must reopen their church and rebuild their congregation to make the biggest comeback that commodified religion has ever seen. 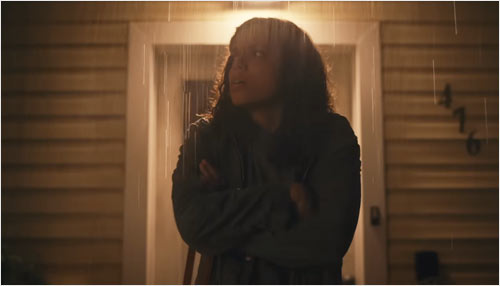 In town for a job interview, a young woman arrives at her Airbnb late at night only to find that her rental has been mistakenly double-booked and a strange man is already staying there. Against her better judgement, she decides to stay the night anyway, but soon discovers that there is much more to be afraid of in the house than the other house guest.

Rated R for some strong violence and gore, disturbing material, language throughout and nudity.