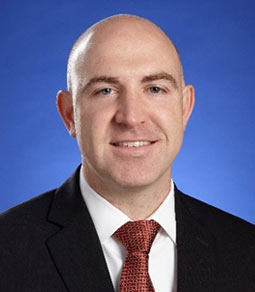 Brad Bingham is the Chief Financial Officer (CFO) for the Army & Air Force Exchange Service (Exchange), at the organization’s headquarters in Dallas.

The Exchange is a non-appropriated fund entity of the Department of Defense. Established in 1895, the Exchange is the 61st largest retail organization in the U.S. With annual revenues of $8.6 billion, the Exchange employs approximately 35,000 associates, including military personnel. In 2019, the Exchange produced $369 million in earnings, all reinvested into the military community.

As CFO, Bingham is responsible for maintaining the financial integrity of the Exchange system and providing management control of financial requirements and resources.

Bingham was born in Oklahoma City. He attended Southern Methodist University, earning a Master of Business Administration from the Cox School of Business. He also earned a Bachelor of Science in Finance from Oklahoma State University.

Bingham has deployed to Kuwait and Iraq for Operation Iraqi Freedom and Operation Enduring Freedom. His performance over his career has earned him numerous Exchange awards, including two Extraordinary Achievement awards and the Superior Accomplishment, Thanks for Caring and Sharing, Thanks for Serving, and Thanks for Contributing awards.