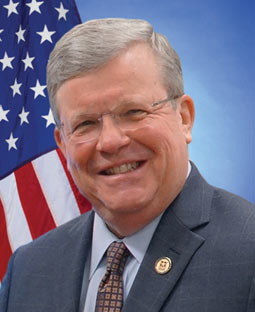 The Exchange is a non-appropriated fund entity of the Department of Defense. Established in 1895, the Exchange is the 54th largest retail organization in the U.S. With annual revenues of $8.2 billion, the Exchange employs approximately 29,000 associates, including military personnel. In the last 10 years, the Exchange benefit has provided $3.5 billion in earnings for critical military Quality-of-Life programs such as outfitting 712,000 Warfighters at cost annually, providing school meal support for Department of Defense Education Activity facilities overseas and delivering needed services to locations impacted by natural disasters.

To support combat readiness and provide foreign-based service members and their families with U.S. products, the Exchange operates bakeries in Europe and Asia and water bottling plants in Europe under 10 brand licenses from U.S. consumer goods companies, including Wonder Bread, Krispy Kreme and Culligan.

Mr. Shull is a 1973 graduate of the United States Military Academy, West Point, N.Y., where he earned a Bachelor of Science degree. He received a Master of Business Administration with honors from Harvard Business School in 1981. His numerous line and staff assignments include assistant professor at the U.S. Military Academy and commander of a mechanized infantry company. In 1981, Shull served as a White House Fellow in the Office of the Chief of Staff. In his last active-duty assignment, then-Maj. Shull was Military Assistant to Robert C. McFarlane, Assistant to the President for National Security Affairs.

Before becoming the Exchange’s first civilian Director/CEO, Mr. Shull co-founded Meridian Ventures Inc., where he served as President and CEO from 1991 to 2012. Mr. Shull has successfully turned around four major commercial businesses as CEO of Wise Foods, Hanover Direct and Barneys New York and an EVP at Macy’s.

Mr. Shull is a former Chairman of the Deafness Research Foundation, the largest private charity funding research in the causes and treatment of hearing loss. He also served on the Board of Trustees for the Association of Graduates of the U.S. Military Academy from 1997-2001 and as Treasurer for the Class of 1973 from 2013-2018. Mr. Shull was a member of the Board of Directors of Zale Corporation from 2004-2010.