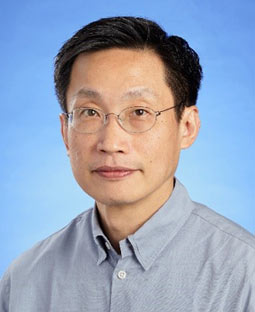 Paul Jen is an Executive Vice President and the Chief Strategy Officer for the Army & Air Force Exchange Service (Exchange).

To support combat readiness and provide foreign-based service members and their families with U.S. products, the Exchange operates bakeries in Europe and Asia and water bottling plants in Europe under 11 brand licenses from U.S. consumer goods companies, including Wonder Bread, Krispy Kreme and Culligan.

Jen earned a Master of Business Administration in Finance from Columbia University in New York City. He also earned a Bachelor of Arts from the University of California, Berkeley, double-majoring in Economics and Oriental Languages (Japanese). He was elected to Phi Beta Kappa at Berkeley and Beta Gamma Sigma at Columbia.

Jen has more than 30 years of strategic planning and turnaround management experience, working in a variety of industries, including retail, consumer goods, consumer finance and manufacturing. He began his Exchange career in June 2012 as Vice President of Enterprise Planning. He was named to his current position in May 2021.

Prior to joining the Exchange, Jen served in leadership positions at Macy’s, Barneys New York, Hanover Direct and Wise Foods. He also served as Deputy Restructuring Officer in the United States Bankruptcy Court, Southern District of New York, to restructure and develop a plan of reorganization for one of the nation’s leading estate jewelers.

As consultant at Booz Allen Hamilton, Jen advised numerous clients on strategic issues. He has also worked at Morgan Stanley in New York.