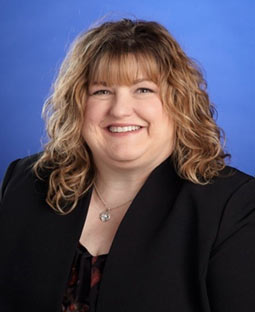 Karen A. Cardin is an Executive Vice President and the Chief Merchandising for the Army & Air Force Exchange Service (Exchange), at its headquarters in Dallas.

Cardin provides vision and leadership in the planning and development of purchasing, pricing and merchandising strategies to support overall growth while maintaining focus on customers’ wants, needs and tastes. She is also the Executive Champion for Promote Opportunities for Women by Effecting Results (POWER), the Exchange’s federal women’s Special Emphasis Program.

Cardin began her Exchange career while still in college as a part-time Express cashier at Little Rock Air Force Base, Ark., in 1991. After graduation, she entered the management college trainee program and was assigned to Lackland Air Force Base, Texas. From February 1993 to June 1995, she was stationed at Fort Hood, where she held various mid-level management positions. Her next assignment was to Davis-Monthan Air Force Base, Ariz., starting out as Operations Manager and later being promoted to Sales and Merchandise Manager.

Cardin took on her first headquarters position as a Retail Buyer in 1997. She progressed through the Sales Directorate ranks as a Buyer, earning the title of Divisional Merchandise Manager for the Outdoor Living/Toy team. In 2007, she deployed to Southwest Asia, where she worked at facilities in Kuwait, Iraq and Qatar. In fall 2007, the Exchange selected Cardin as a Planning, Allocation, and Replenishment (PAR) manager for Softlines, where she assisted with the implementation of the new PAR group at the Exchange. In September 2009, she received a promotion to Director of PAR for Consumables.