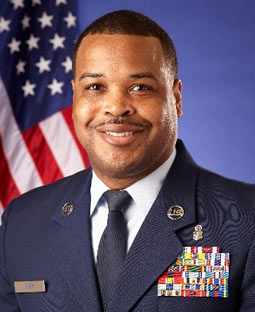 The Exchange is a non-appropriated fund entity of the Department of Defense. Established in 1895, the Exchange is the 54th largest retail organization in the U.S. With annual revenues of $8.2 billion, the Exchange employs approximately 29,000 associates, including military personnel. In the last 10 years, the Exchange benefit has provided $3.5 billion in earnings for critical military Quality-of-Life programs such as outfitting 712,000 Warfighters at cost annually, providing school meal support for Department of Defense Education Activity facilities overseas and delivering needed services to locations impacted by natural disasters.

To support combat readiness and provide foreign-based service members and their families with U.S. products, the Exchange operates bakeries in Europe and Asia and water bottling plants in Europe under 10 brand licenses from U.S. consumer goods companies, including Wonder Bread, Krispy Kreme and Culligan.

Osby is a native of Shreveport, Louisiana. He enlisted in the United States Marine Corps in September 1997, serving as an administration clerk for four years. After separating the Marine Corps in 2001, he joined the Air Force Reserve as a Health Services Management Technician. He served in this capacity for four years before applying to return to active duty with the Air Force in December 2005.